Why do we see colors?

The world is beautiful and full of color. However, the way we see these colors can vary significantly depending on the person and depending on diverse and very influential factors.

Have you ever wondered when did you start to see colors? Or if everybody sees colors the same way as you do?

This article is all about colors and it’s just written to answer (almost) all the questions you may have by covering the following topics: 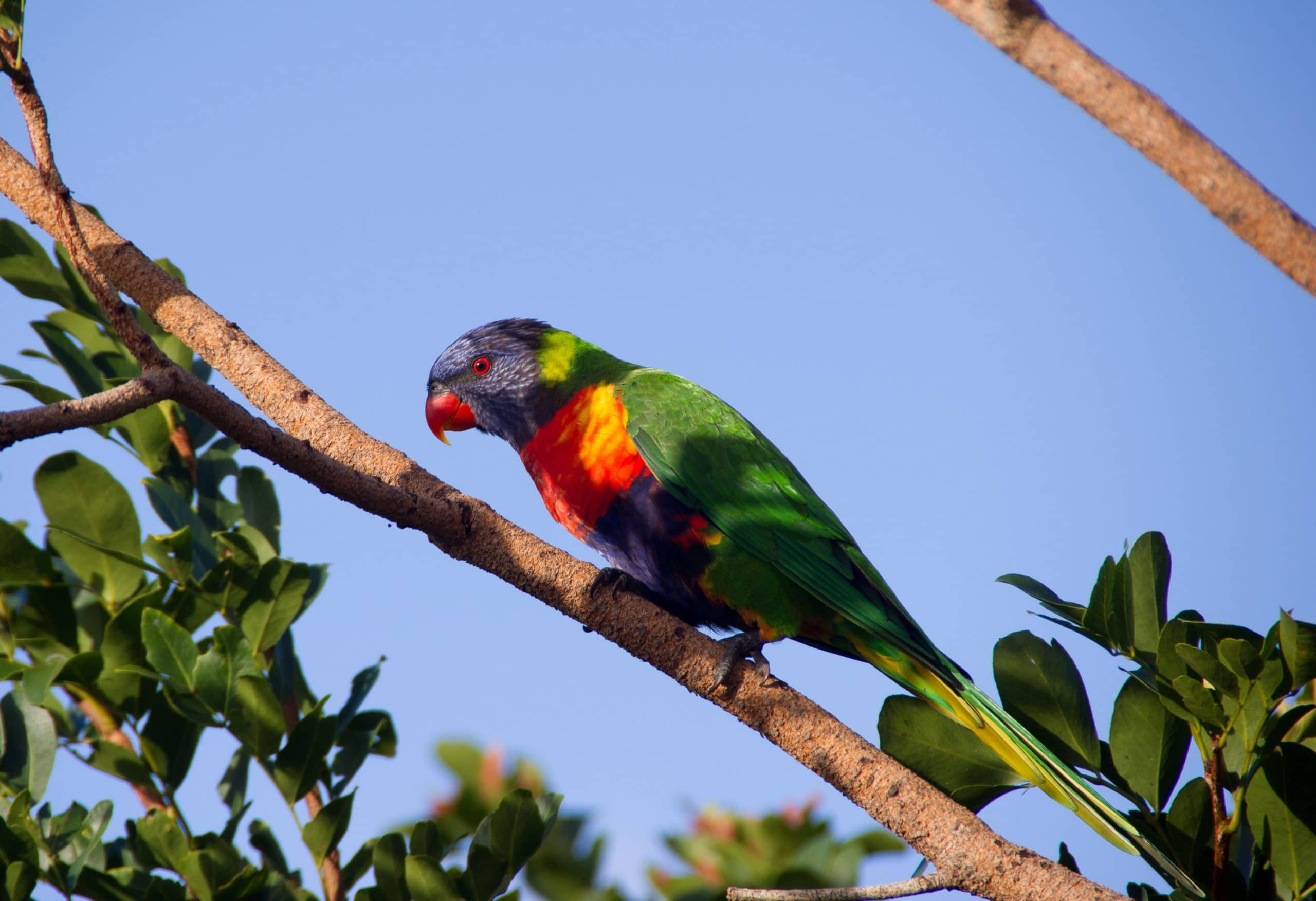 # Let’s start from the beginning

It all starts when we are born, when we can only see black, white and gray which will later become red.

Probably because it has a longer wavelength compared to other colors, which makes it an easier tone to process by the receptors and developing nerves of a baby’s eyes.

Our vision develops until, at 5 months or so, all colors begin to be seen. This is when us, as humans, begin to connect colors with different perceptions, sensations and meanings.

Colors are one of the first things we are taught when we are kids.

Our parents show us the sea and tell us: this is blue. And from then on, we are 100% sure of the color blue. And it also becomes the very first favorite color for most of us.

Color blue being almost the whole world’s favorite color is not a coincidence.

The answer is not in our DNA. The reason why is behind our perception about that specific color. The preference of a color over another can be determined by how much we like the things around us associated with that color.

What does that mean?

The fact that you like, for instance, the color orange, depends on how you feel about things associated with that color for example carrots, traffic cones or oranges.

If you look at the color blue, and think of all the objects of that color, you will realize that almost all of them are positive things.

Imagine negative blue things. Anything comes to your mind?

Our mental association with blue is normally the sea. Or think about a beautiful day, how does it look like? Probably clear and blue. 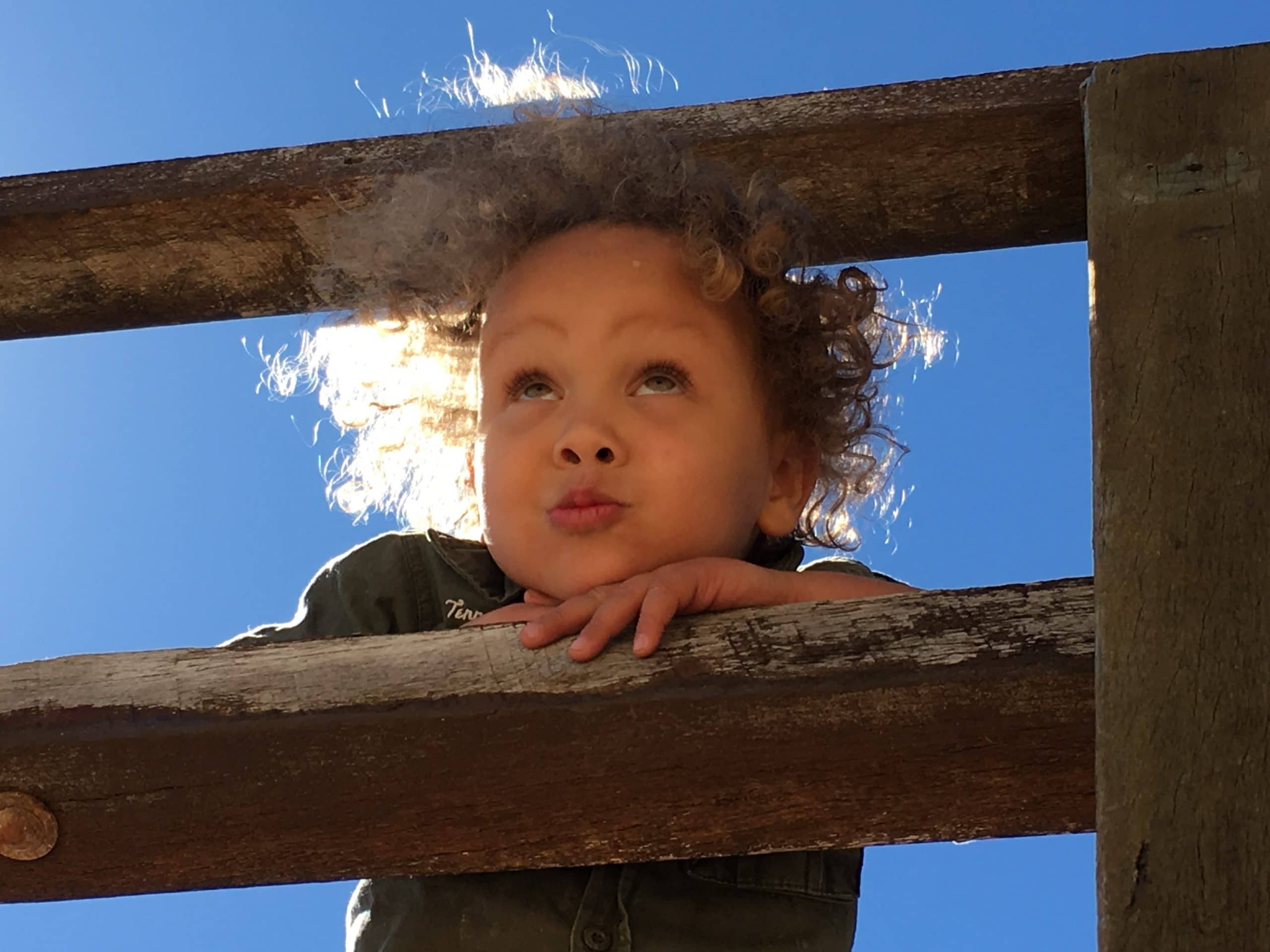 However, how we see colors is not that simple or objective. Our brain is responsible for deciding what color we are seeing based mainly on one factor: the light that comes through our eyes.

White light is composed of radiation of all colors. When an object receives light, it absorbs some wavelengths and reflects others. The ones it reflects are the ones we see as color. A green object absorbs all wavelengths except those of the green spectrum. A white object reflects almost all and a black absorbs almost all.

Fun fact: Did you know that photo = light in Greek? From this word, the words photography or photosynthesis appeared.

Not only the light, but the shadow and positioning of the object we are looking at can change what we believe we are seeing.

Apart from these two variables, there are others that can also affect the way we see colors.

Let me show you a few examples.

The shifting seasons not only alter the way we are feeling, but they also change the way we see the world, like literally.

Scientists and researchers have also shown that our perception of reality changes color throughout the year, since our brain tries to match the levels of colors that are presented.

Our vision adapts perfectly to the way in which we distinguish colors, especially yellow. In summer, yellow looks more greenish while in winter it looks more reddish or grayish.

It’s believed that the shift in the way yellow is perceived, could be the increase in greenery and vegetation in summer.

When the trees are full, our eyes adapt. With more green around us, our brain has to recalibrate its understanding of yellow. 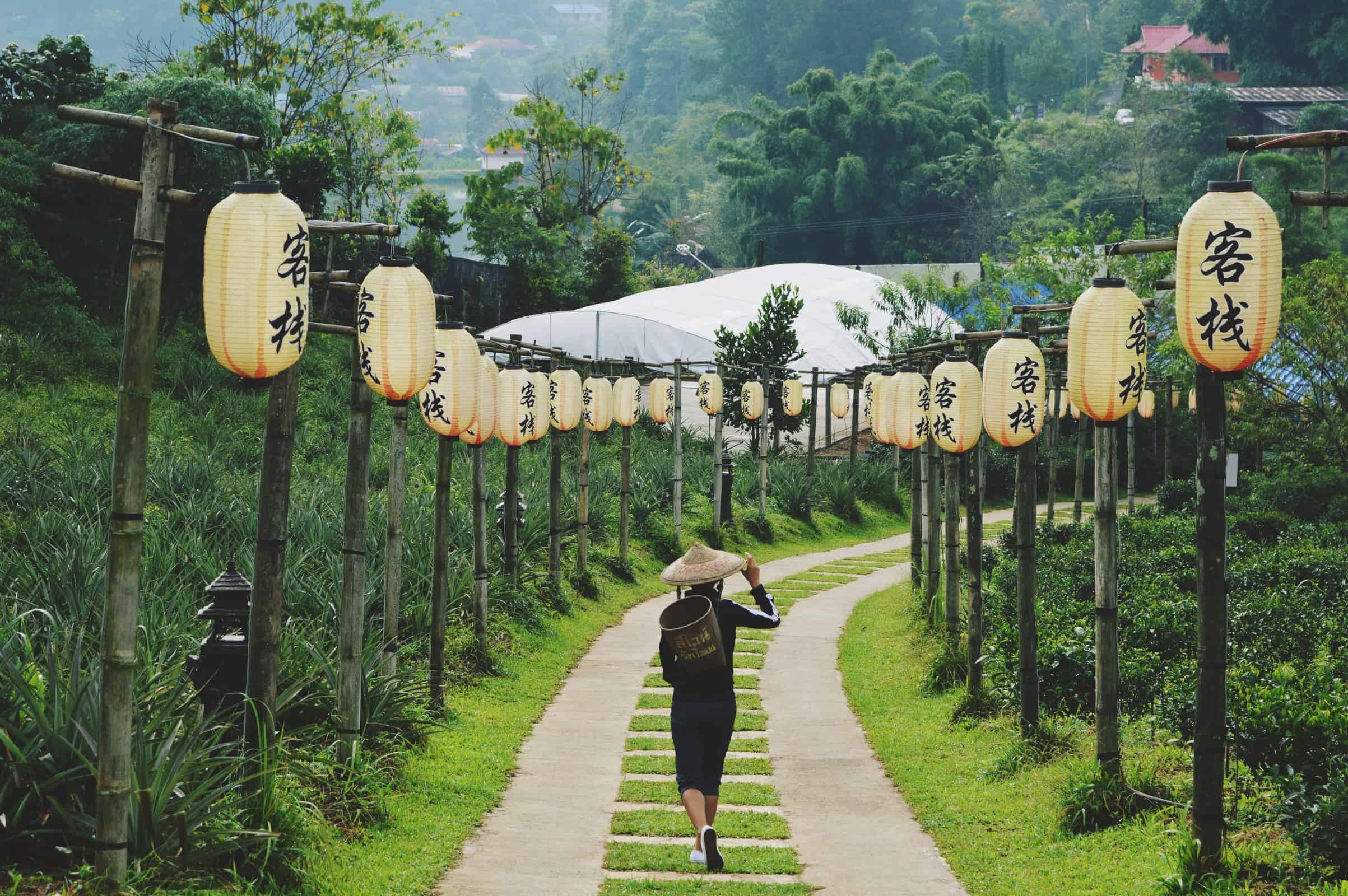 # Colors and emotions are connected

You have heard so many times the sentence ‘’I am feeling blue’’, right?

That’s because there are some associations between emotions and colors.

It is demonstrated that sadness and emotions can influence several visual processes that are involved in perceiving color.

Researchers from the Psychological Science carried out an experiment and realized that if two groups of participants – one who watches an emotional film clip and another who watches an amusing clip – observe the same color, they will see it differently.

The perception of the colors of the blue-yellow axis is related to dopamine – and psychologists believe that the dopamine in our brains influences the way we distinguish colors. 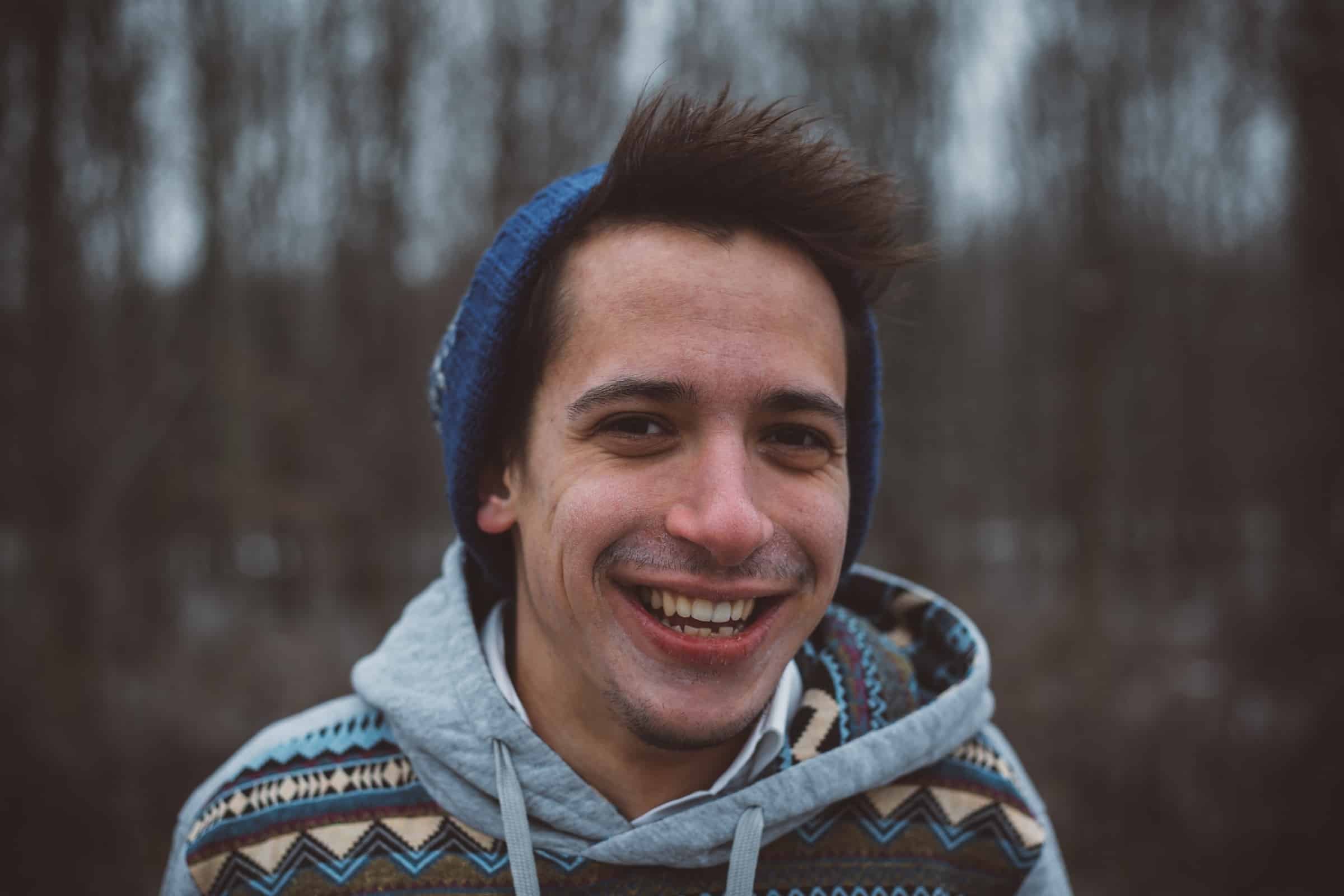 Dopamine is a key element for motivation and its deficiency is associated with depression, apathy and lack of motivation.

One of the psychologists involved in the experiment, Thorstenson, said: “Our results show that humor and emotion can affect how we see the world around us”.

So instead of seeing the world as it is, our perception is being highly influenced by our emotions.

The perception about colors not only varies among individuals but also among cultures. Although, of course, there are some colors whose perception is universal.

The white color is associated almost everywhere in the same way – in doctors and dentists, white gives us all the same sense of security.

However, let’s think about the color red. In China and other Asian countries, red is associated with fortune and money. Worldwide, as you may know, red is the color of passion or love. 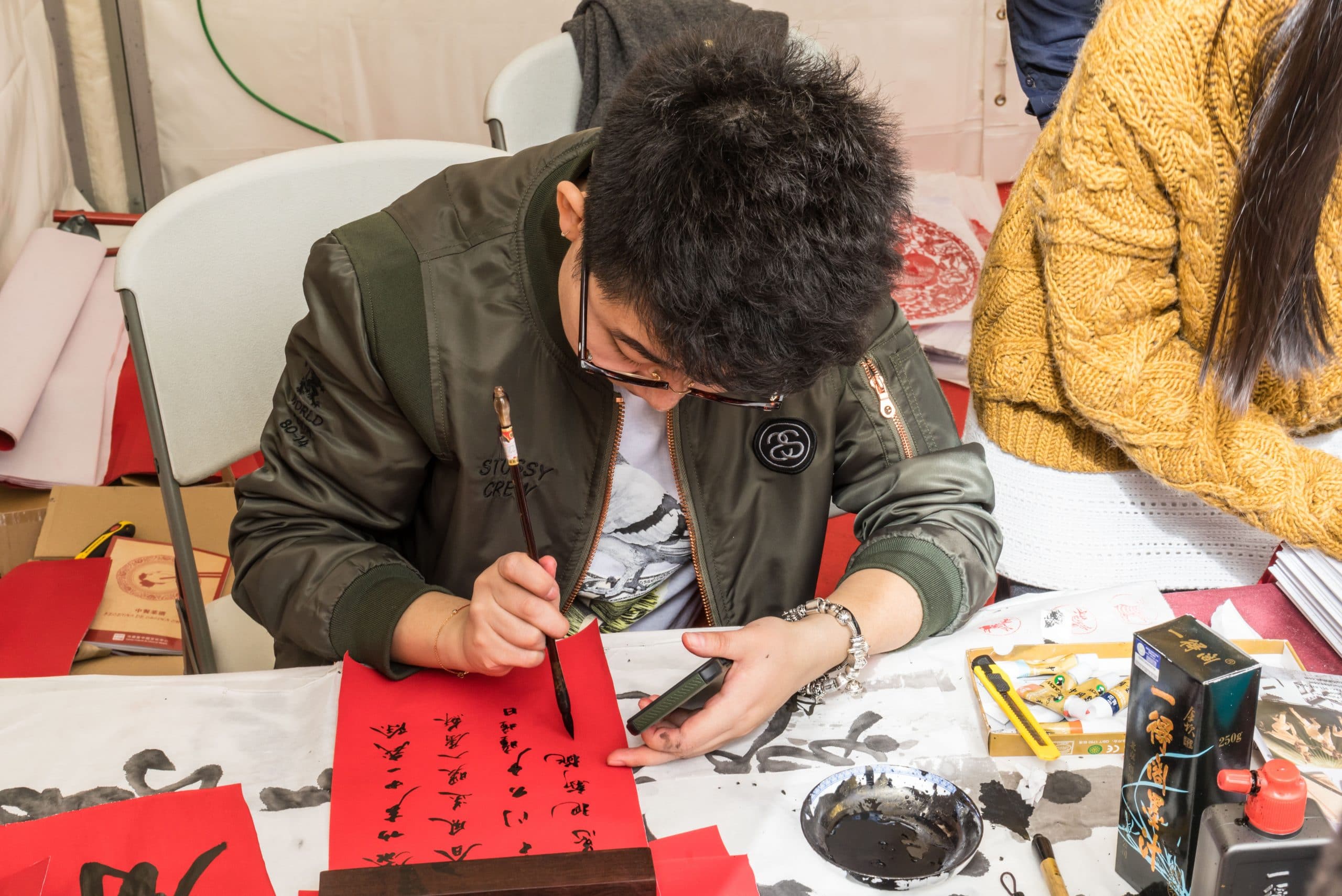 Yellow, in Western cultures, is associated with optimism, happiness, warmth, joy, hope. Or on the contrary, caution and cowardice. In European countries as  Germany, yellow represents envy, but in Egypt, yellow is the color of happiness and wealth.

In Eastern cultures, orange is the color of humility, love, happiness and good health.

Several images displayed on the Internet as a visual experiment have quickly become viral.

Take a look at this one: 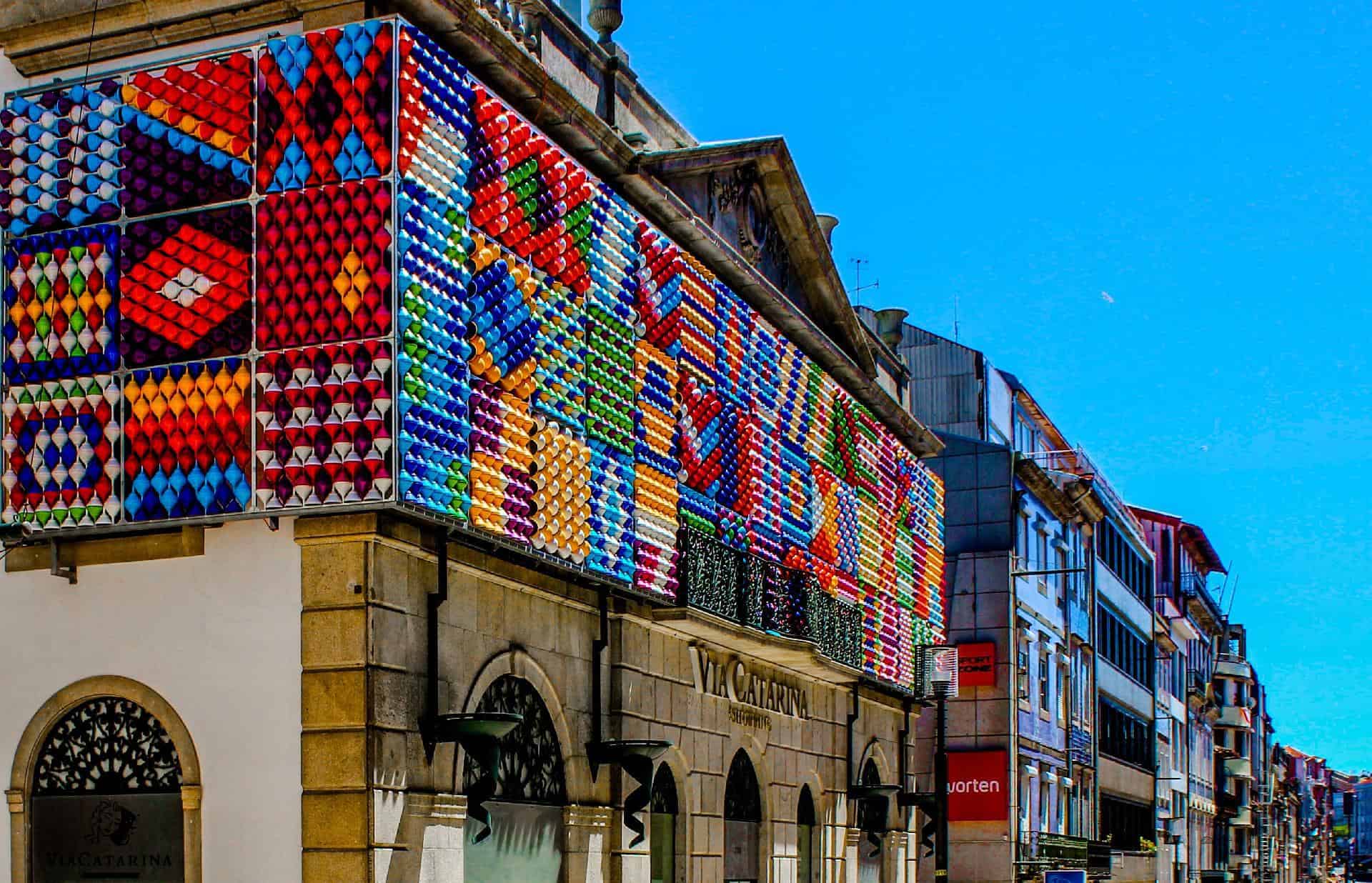 What do you see?

Exactly. Our brain can see color in a photo that is actually black and white. This is known as ‘color assimilation grid illusion’, created by the software developer and digital artist Oyvind Kola.

The illusion of color is created by adding colored grids in the image. It also works using other alternatives such as points and lines.

An interesting fact is that this illusion not only works with static images, but also with moving images or videos.

If we don’t take time to examine things closely, our brain, which is responsible for compressing visual information, will give us a general impression of the image instead of one detailed and accurate.

Most of us see the world fully colored. However, there are some people with color vision defects, who see colors differently from the rest. 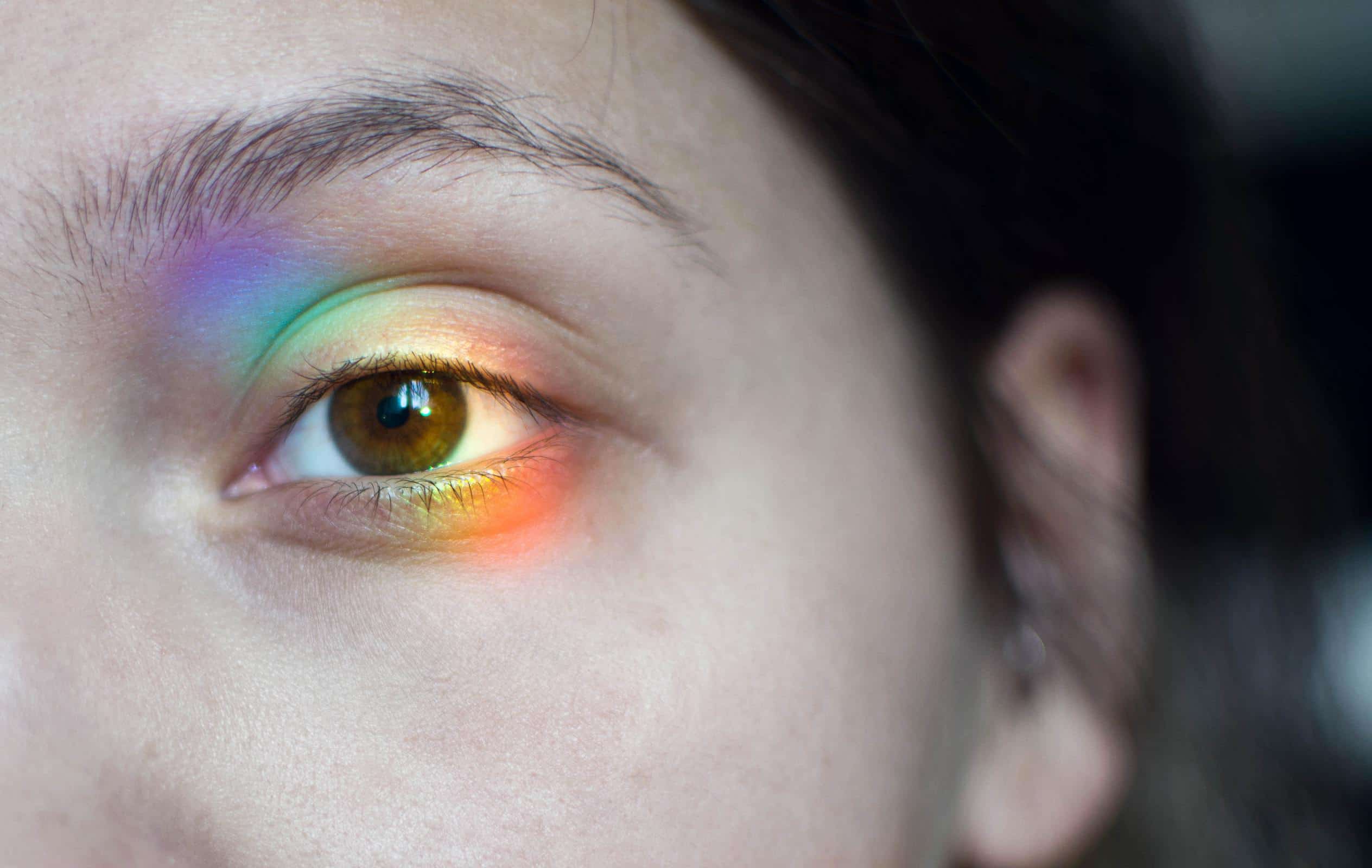 Here it goes a few quick facts about color blindness:

#1 Our ancestors had UV vision

We know that some nocturnal animals – like bats, skunks, or owls – have ultraviolet vision that allows them distinguish shapes and color during the night, when they are awake.

Once upon a time – about 90 million years ago – our early human ancestors viewed the world using UV vision too. 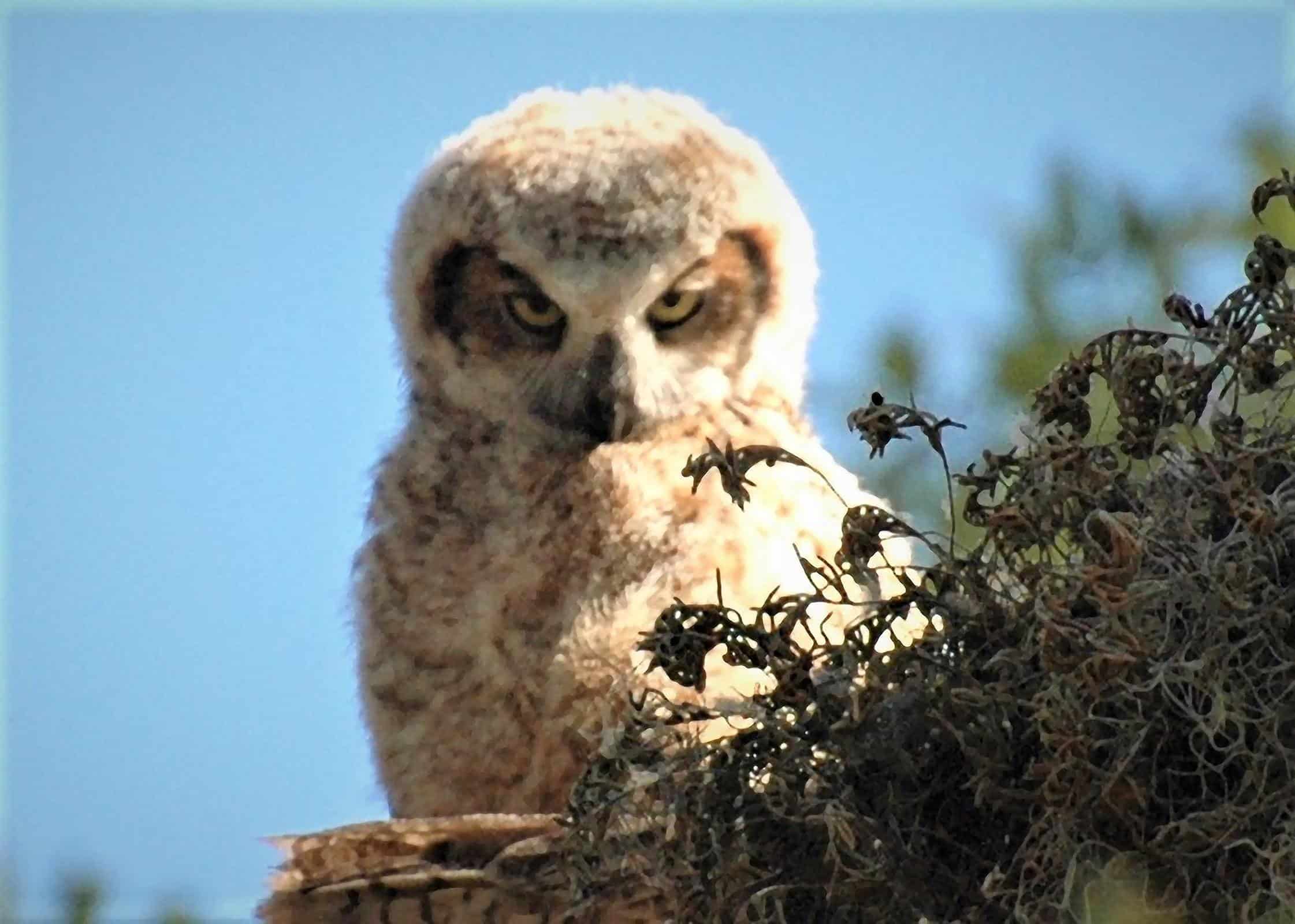 The Yokoyama team discovered that our first mammalian ancestors were nocturnal creatures with vision sensitive to UV and red rays. This means that they basically saw the world in just two colors.

They couldn’t distinguish between red and green until 30 million years ago, when they developed a perfect trichromatic vision (our vision today) which allowed them to see the entire spectrum of visible light, everything except UV light.

Even nowadays, 8% of men cannot distinguish between red and green, because they inherited new mutations from their ancestors

Chromophobia is the continual and irrational fear of colors.

It can occur when a person experiences an incredibly negative event associated with a specific color, or colors in general.

It is a rare phobia, of course. But it’s proven that colors can cause hormonal responses and psychological reactions.

There are even specific names depending on the color:

Erythrophobia: fear of red (maybe because of the association with the blood) 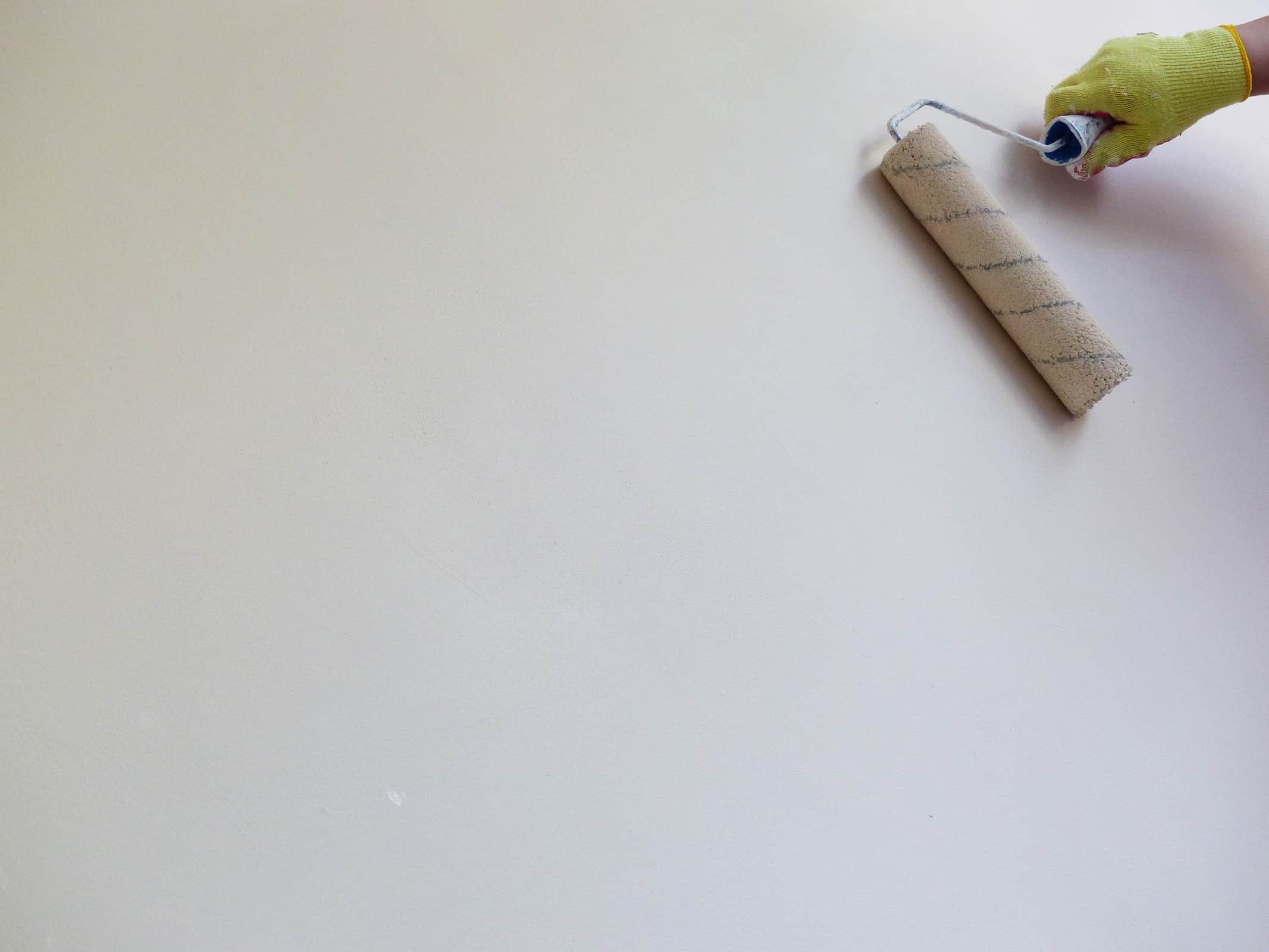 And what are the symptoms?

As any other phobia, they vary from one person to another depending on their level of fear. But usually, the symptoms include anxiety, panic, problems to breath, rapid breathing, excessive sweating, nauseas or shaking.

Chromophobia is typically treated with exposure therapy, which helps desensitize a patient to the feared object.

If you are interested and want to know more about this topic, check out the book published by the writer David Batchelor about Chromophobia.

Tetrachromacy causes people to have 4 color cones in their eyes instead of the normal 3 cones that most people have. It makes them perceive about 100 million colors – that’s about 100 times more than most people. This condition occurs more in women than men. 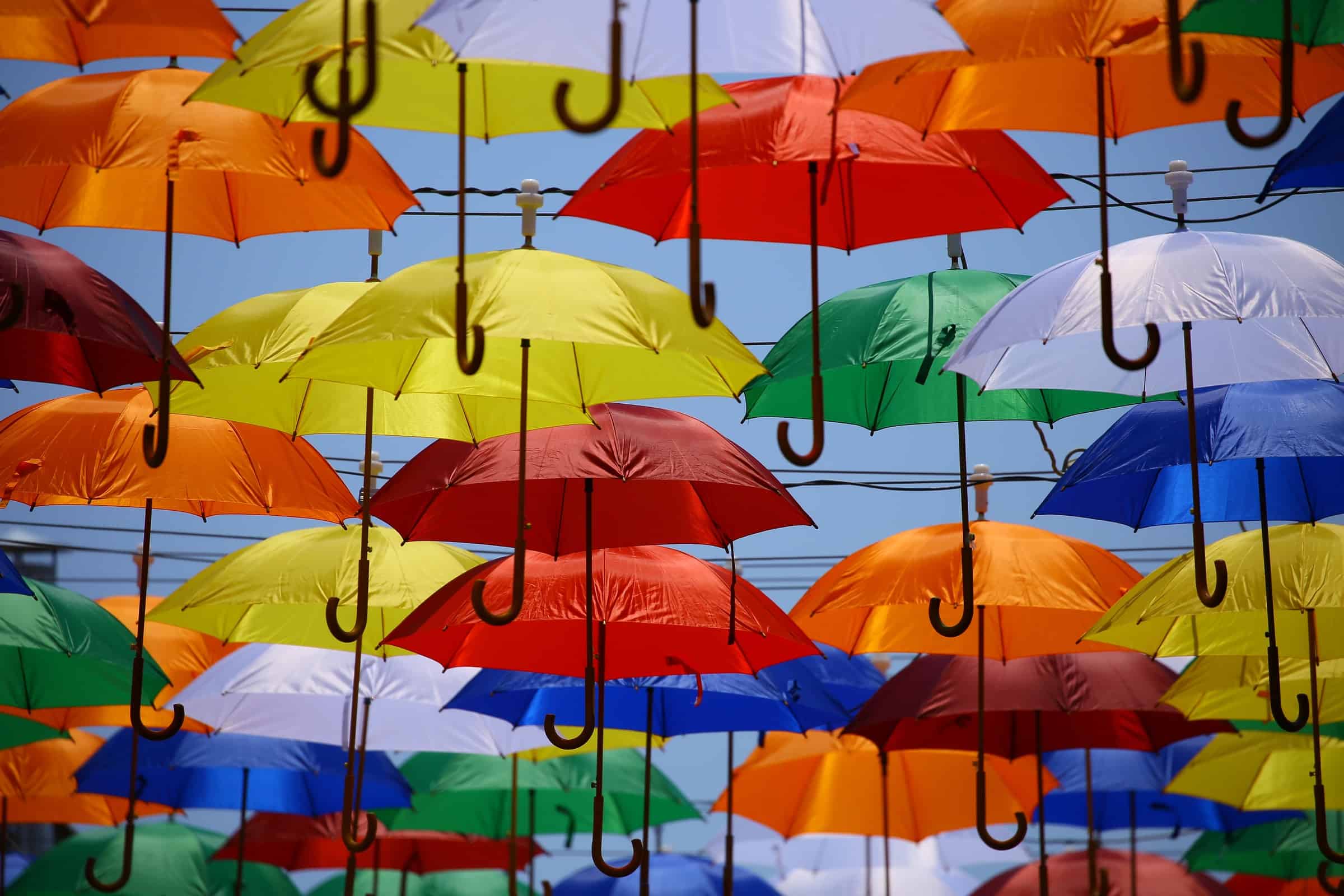 #4 Dreaming in black and white

Is everyone in the world dreaming in colors?

Eva Murzyn probably asked herself the same question and carried out a study that suggest that the type of TV you watched when you were a child, may have an immense and profound effect on the colours you see while you are dreaming.

Within the study, she divided a group of 60 people into two age groups (half were under 25 and the other half over 55), with different media experience.

These two groups were compared based on the answers to a questionnaire on the colour of their dreams as well as their childhood exposure to TV and film.

It’s important to note that, the older respondents who had much more access to color TV, had of course less dreams in black and white. 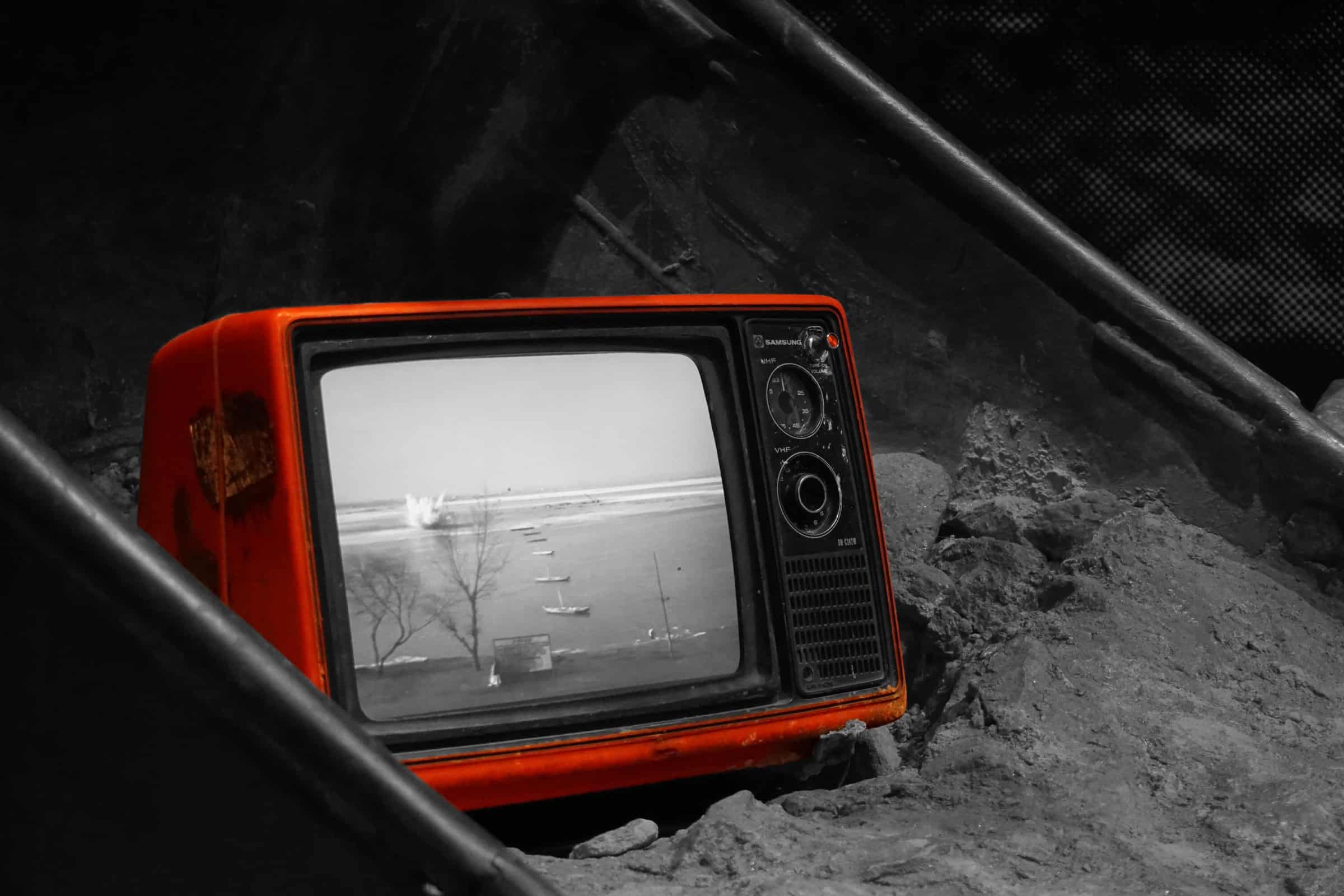 There is one clear thing. Although colors seem to be one of the most basic things in the world, they are a total mystery that even scientists and psychologists just started to resolve.

Drop us a message if you want to share any color fact you find mind-blowing or worth-sharing! 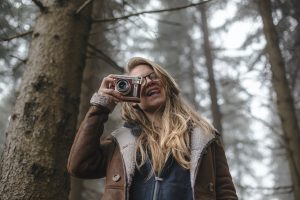 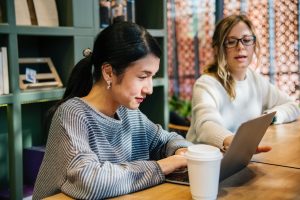 Manage your Online Reputation with These 5 Strategies 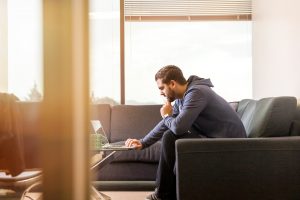 Subscribe to JumpStory Weekly and get 50% off your first month of JumpStory!