- Save Money: Unlimited use for just $29 per month

“The end is near”, – say experts in the field of robotics and artificial intelligence. Of course, it’s not the end of the world, as some of us know it, but definitely, the end of some jobs: robots will take over some jobs that people do today.

For instance, in his speech at TED, Thomas Frey (futurologist) predicted the disappearance of 2 billion professions by 2030. This is half of all professions existing in the world today. Yep! It’s all because of robots!

So what about designers? Are we in trouble as well? How will robots, AI, and machine learning affect our work in the long term?

Robots will not replace designers. Well, at least not in the near future.

You may remember that hype a few years ago, related to the Grid release. The Grid is a web development and design system (A.K.A. Squarespace), based on artificial intelligence. The point was that the site components and other interaction patterns were created by themselves, without any designer involvement.

A few months later, the world saw the first websites created in the Grid… And it was a catastrophe.

“Designers, I believe your jobs are safe,” – this was the comment left by one of the Reddit users when he saw the results of the Grid’s failure.

Most professions that will get into the hands of robots (at least in the next 10 years) are blue-collar jobs. Drivers, secretaries, janitors – these and others that involve mechanical performance will be automated.

Everything is a bit more complicated when it comes to Web Design. Humans have this unique ability to define the context in design and create empathy. Display the menu or hide it under a hamburger button? It’s not just about the number of menu options.

Should you use a two- or three-column grid on a website? It depends not only on the size and number of images.

Most designers I know choose font colors on a whim, not guided by numerous “color psychology bibles.” The truth is that, most likely, designers and robots will soon work hand in hand. Robots are not a problem but new opportunities. Let’s talk about them.

Designers can deal with a lot of routines. 20% of my team’s working time is spent on solving issues that could easily be assigned to a robot.

Coding, resizing, color correction – some tasks can’t just be automated through the Action function in Photoshop – you need a human eye and the ability to make quick decisions. But what if we teach AI to do this for us?

For example, there’s the automatic Netflix translator, which significantly speeds up the process of content localization. When you need to create several different show banners in different languages, it just browses through hundreds of automatically generated layouts and chooses suitable ones.

Recently, Airbnb (a residential property that hosts rent on a short-term basis to travelers) announced a technology that recognizes paper sketches of designers and converts them into code practically in real-time.

“The idea-testing time needs to be reduced to zero. We are confident that in the next few years, new technologies will allow us to design new products really faster and cost-effectively while removing hundreds of obstacles from the development process,” – Benjamin Wilkins, Airbnb.

Airbnb AI turns sketches into code in seconds! With these small optimizations, designers will have more time to make strategic product design solutions, which is something that computers still have to learn to do.

AI can help you create a more functional design system. A design system (if you are not familiar with this term) is a series of patterns, modules, and elements that together create a design language of a certain product or brand.

More and more companies, from corporations to startups, use design systems to create a more consistent image of their product for users. Salesforce, GE, Airbnb, WeWork, Google, Atlassian, and IBM teams are great examples that set completely new rules for working together on design systems.

And now imagine that AI becomes part of the design system, allowing you to analyze indicators of user interaction with system elements and instantly “understand” what works best for each function. The more information the AI learns about what works and what doesn’t, the better it can optimize each module to get the best results. AI also has the ability to train other people like the courses people create with online course platforms.

Website builders like Wix and Squarespace have started using some of these technologies to help users make micro-decisions in design. These companies have gone a different way than the ambitious Grid – they have discreetly built AI into the workflow to free designers from secondary and irrelevant design solutions.

In the near future, sites will, of course, not start to build themselves, but AI technologies will definitely free IT and design teams from a number of tasks on maintenance and optimization.

You’ve probably seen tools like Artisto or Prisma that, based on picture-recognition technology, apply smart filters to photos and videos. The technology finds out what’s depicted in the photo (e,g, a face or lemon pie) and then applies an appropriate visual effect.

Another example of visual effects, generated by artificial intelligence, is Auto Draw, which is one of Google’s AI experiments. The point is that the program automatically edits and makes your sketches more accurate. This was only possible thanks to machine learning – the more people draw their sketches in the app, the more accurate the AI guesses what you are trying to draw.

Thanks to these technologies, the design becomes more accessible. Designers (and non-designers) can create better things and refine details more thoroughly without much effort. This is another proof that AI helps us instead of taking our jobs.

According to Develux, there is a whole generation of such apps, based on the technology of creating dynamic and generative visual styles. All of them expand the boundaries of designers. Want another example? Dynamic logos are a fresh major trend at the interface of branding and AI.

Websites are getting smarter and can operate with a lot of user data to create a more personalized interaction experience – is it night or day time, user location, device, day of the week, and a million more data and signals that users can’t even imagine. This data can lead you to interesting thoughts about what users want to find on your site.

Previously, data analysis was handled by a team of strategists, designers, and technologists. They analyzed all possible product applications and made their conclusions. When the machines take over the part of the process, many companies will have the opportunity to scale scenarios of using the product and make them as customized as possible. Usually, in the UX sphere, the more personalized the experience, the more it meets the needs of the user. Thus, you can expect more conversion.

More and more systems appear every day: sites, apps, digital services, etc. There are also more and more users, and every time a user interacts with one of the systems, data is generated. Plenty of it. The growth of business analytics has just started, data analysis processes are getting more complex, and the cross-referencing system is becoming more structured.

More and more valuable data is being generated to help designers and product owners make better decisions. Also, data is often very vulnerable and can be subject to unplanned deletion or theft. To solve such problems, many well-known companies use data recovery services or file recovery tool

In the near future, AI will perform many data collection and analysis processes. This does not mean that we will not need analysts but that the same specialists will be able to perform a more accurate, in-depth analysis of user interactions with a certain product or service.

Methods such as A/B testing will be done automatically, without human involvement. Machines will be able to:

We will hear more and more about “sites optimizing themselves.” Machines will do most of the work, and designers will become strategic advisors in various optimization processes.

This is the most promising and, at the same time, the most unexplored subject. AI-based interactions are only beginning to emerge but soon, such intelligent interactions will become the norm. Here are a few examples:

Facebook uses AI to recognize the content of uploaded photos. There are two practical benefits: First, Facebook can “voice” photo content to visually impaired users if they have a browser with a screen reader. Secondly, knowing exactly what is depicted in each photo, Facebook can show us more relevant ads (and of course, charge more money from advertisers).

Similar voice related technology is also used in Clipchamp to turn text into speech. Google uses AI elements to analyze and t3ranslate sentences. Then there’s also Google Lens, a visual search technology, which also uses AI to recognize an object, pointed by the camera, and display relevant content on that object.

Not to mention various chat rooms and virtual assistants, which get more intelligent and learn to communicate with users in a fairly natural manner. New AI developments should mean one thing to you, the designer – soon, when developing scenarios for interaction between users and machines, you will have a lot of ready-made solutions at your disposal.

You may have noticed that none of the examples suggests that robots are going to “steal” designer jobs. Technology can help us automate repetitive tasks and free up time to work on strategic design aspects – to make the interaction experience more personalized, relevant, intelligent, and effective for users.

It’s time we consider the new opportunities and find ways to use these technologies in the most beneficial ways, instead of avoiding them.

Roy Emmerson is a Media Relations Coordinator at TechTimes.com and content-strategist of Market Business News. He started several companies and failed, and then learned from his mistakes to have several successful and very profitable projects. Roy is focused on making a difference with content he develops and curates. 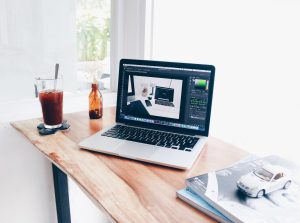 How to best use stock photos for content marketing 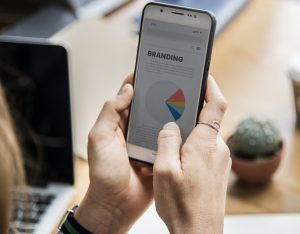 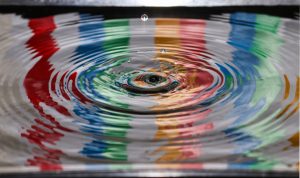 How to tailor your marketing to the 4 client market types