A Great Marketing Campaign – Tips on Devising It For Your Business

When working in a field where trends, topics and even ideologies are changing on the daily, how do brands stay relevant? Why, with campaigns of course! Now of course, this sounds frivolous to say the least, but what we mean by a “campaign” is the message. The message is what’s inside all campaigns, and it is how a brand tells its story.

Of course, with any story, we must start at the beginning – what is a campaign, and how does it become a great marketing campaign?

The Oxford Definition of a campaign is “A series of planned activities that are intended to achieve a particular social, commercial or political aim”.

In the advertising world, a campaign is usually a message from the brand to its recipients. These could be anything from a slogan, act, or idea that gets broadcasted in some form. Like a television ad, radio message, social media post, press snippet, jingle, even a note in a bottle. Either way, the message gets out there.

The most successful (and often famous) campaigns are the ones that captivate, invoke emotion, or best of all – are recallable.

For example, the Old Spice “The Man Your Man Could Smell Like” debuted in 2010 and took the world (and the internet) by storm. Back then you couldn’t get far without someone swanning up to you all confident without quoting that famous line “Hello ladies…” or “Look at your man, now back to me…” or “I’m on a horse” – and yes, every one of those lines was from that one ad. It’s a fantastic example of how a brand can deliver its message relentlessly and successfully to the point where even the jingle is widely known. You’re probably hearing that whistle inside your head right now.

How about a PSA campaign that became an overnight sensation? In 2012, Melbourne Metro needed to promote rail safety, which would normally go out as an informative display. Obviously, this wouldn’t get the message across to nearly enough people, so they opted for a catchy song instead. A song called “Dumb Ways to Die”. Unless you’ve been living under a rock, there’s no way you haven’t heard of this.

From its launch in November 2012, it reached the iTunes Top 10, and the music video was viewed on YouTube over 2.5 million times (in 48 hours) and just – kept – going. Eventually, releasing a videogame, children’s book and a website where people can pledge to train safety. Do not forget, this global sensation started as a campaign with a simple message – be safe around trains, please.

Now that you know what an ad campaign is, and how well they can perform, let’s talk about the process of getting a campaign.

Before a creative gets their idea, they’re first presented with a problem. This can be anything from launching a new product to targeting a new audience. Point is the client needs people thinking about their brand in some way. Whatever this problem is, it’s neatly packaged and presented to the creative in the form of a brief.

Now depending on the amount of detail in the brief, the creative could produce anything from a ‘shiny turd’ to a ‘polished masterpiece’. The trick is, to look for the answer within the brief. But that’s not always easy. Sometimes the answer is right there in front of you, and other times you have to dig deeper for it.

Everyone has their own methods to finding that golden idea hidden in the brief. Some use the old-school highlighter pen; others need a strong coffee.

Me, I use the mind map method. What this consists of is taking the clients/brands name and writing it on a blank sheet of paper. From there, you take words, or phrases from the brief and seeing how they correlate with said client/brand.

RBS wants students to sign up to their Student Bank Account. Why? Because if they do, they get to choose one of three perks; A Testcard which gets you discounts on food, a National Express Card which saves money on travel, or free Amazon Prime for a year.

Step 1 – Simplify: Take your pick between a Tastecard, National Express card or Amazon Prime when you open a Student Account with RBS.

Step 2 – Personalise:  Ask questions like “If I was a student, what would I choose and why?” I’m a binge-watcher, so you bet I’m picking free Amazon Prime for a year.

Step 3 – Research: Ask others for their choices. One colleague called themselves a “foodie” because they only ate out, so naturally, they chose the Tastecard for its discounts on restaurants. Another colleague loved hiking and walks in the countryside, so the National Express card was ideal for them. From here, you notice a pattern. Something that pulls things together.

Step 4 – The Answer: Different personalities are expressed in the form of Student Account offer.

The message: Whether you’re a foodie, a binge-watcher, or an explorer – we’ve got the offer for you.

Once you’ve got your campaign, it’s all about getting it out there. What’s the visual? Where is it going? What’s the best way to get the idea across? This could be done through any media like posters, tv/radio adverts, social posts, transport wraps, or pop-ups. Whatever it is, make sure it aligns with who the target audience is. If it’s students, then target public transport, the stations, student hotspots, even campus – they can’t miss it!

You get the campaign.

You make it live.

You see how it flies.

Then you do it all over again.

I’m an Edinburgh-based creative, currently working at The Covey Agency.  I’m also an active member of the Edinburgh College: Graphics Design course Mentorship Programme. It’s where I got my degree and I love being able to give back to the next wave of talent coming into the industry.
If you’re interested in knowing more, just check out my website: Ayeshaislam.myportfolio.com 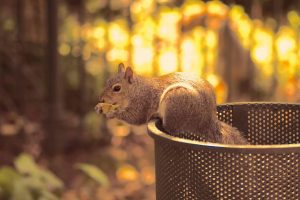 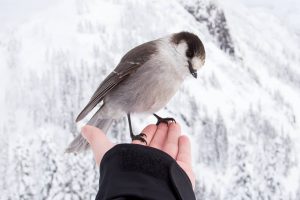 The Science of Storytelling: 5 Ways to Get People to Engage with Your Brand

7 SEO Areas that Can Boost Your Video Content’s Effectiveness 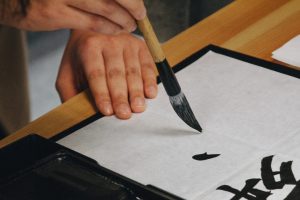 Design and Visuals – How They Impact a Site’s SEO